I’m slightly loath to admit it, but I’m a beginning hiker. I went on two hikes with Richard last fall, one lasting an afternoon and one containing an overnight camp. Apart from that, I’ve only done brief hikes on state park trails, once or twice a year. I do consider myself physically fit and a lover of the outdoors, but there’s no getting around it: my hiking and backpacking experience is minimal.

What I lack in experience, though, I’m trying to make up as best I can with research. Naturally, I will be doing practice hikes prior to the WAND, but there’s a lot I won’t learn in the time frame and environment I have. Richard and Jeremy gained many insights into hiking and backpacking on their Lake Superior trek a few summers ago, and Richard has done quite a bit of this stuff since he moved to Colorado, but I still think we should be doing significant amounts of research prior to our trip. We should be much more concerned about being under-prepared than being over-prepared. We don’t need to freak out and read every book and article about hiking ever written, but we should get a good feel for what’s out there.

I found the list below on www.backpacker.com. Let’s see where our group is currently situated for each blunder…

Response: I’m sure none of us are planning to bring denim clothing, but I’m not sure about other kinds of cotton. The only clothing I’ve purchased so far are two Columbia shirts with built-in sun protection, which I found with the tags still on at a local thrift store. They’re 96% cotton, 4% elastane. I’ll have to test them out this spring.

2. Buying your tent or sleeping bag at Wal-Mart

Response: We are borrowing two tents from one of Tyler’s friends. I don’t know where they’re from. Richard and I are borrowing sleeping bags from our parents, and as far as I know their quality is decent.

3. Hiking a trail with a road map

Response: Richard and Tyler have been using detailed topographical maps to plan our route. We will have a good idea of what terrain to expect.

4. Packing a first aid kit as if you’re landing on Omaha Beach

Response: Tyler, a medical student, has taken charge of preparing our first aid kit. Stevenson’s main point here was that you shouldn’t pack things you don’t know how to use. I think our kit will be fine.

Response: I hadn’t given lightning a moment’s thought until reading this. I don’t know about the rest of the group, but I need to educate myself about what to do in a storm. One thing I do know is that the weather in ND is often fickle, so we’ll have to be constantly aware of changes. 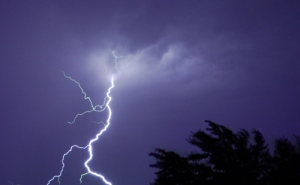 Response: We have no plans to go ultra-light, but we will be trying to cut out all unnecessary gear. It seems like it might be a significant challenge to balance bring enough gear for safety and relative comfort without weighing ourselves down too much.

7. Wearing boots fresh from the box

Response: I have already started breaking in my boots, but I should probably be doing it even more. We’ve discussed this issue in our group meetings.

8. Starting too late in the day

Response: I haven’t given this much thought. I’m pretty sure our plan is to wake up on the early side each day (6:30? 7:00?), eat breakfast and pack up somewhat speedily, and do most of our hiking in the morning and early afternoon.

Response: We’ll have severe weather contingency plans, but we may very well find ourselves hiking in the rain. I really, really hope not. I hate getting rained on.

10. Skimping on Leave No Trace

Response: Another area I hadn’t considered. Biodegradable soap seems important. We’ll be passing through towns, so we can dump wrappers and other garbage there.

All told, we’re probably at a 7 on a 1–10 preparedness/awareness scale, in terms of this list (though maybe some of the others have knowledge that would compensate for my ignorance). Not bad for being nine weeks out, but we have some work to do.

Gwen is a Moorhead-based editor, writer, and musician. She owns Content & Contour, LLC (www.contentandcontour.com) and teaches french horn at North Dakota State University. She loves weightlifting, reading novels, spending time with her family and friends, and being a board member of the Moorhead Business Association. END_OF_DOCUMENT_TOKEN_TO_BE_REPLACED
This entry was posted on Monday, March 28th, 2011 at 9:48 am and tagged with backpacking, hiking, weather and posted in Uncategorized. You can follow any responses to this entry through the RSS 2.0 feed.
« You can take the sun out of spring…
Nodaiku: “to find roan in fog” »